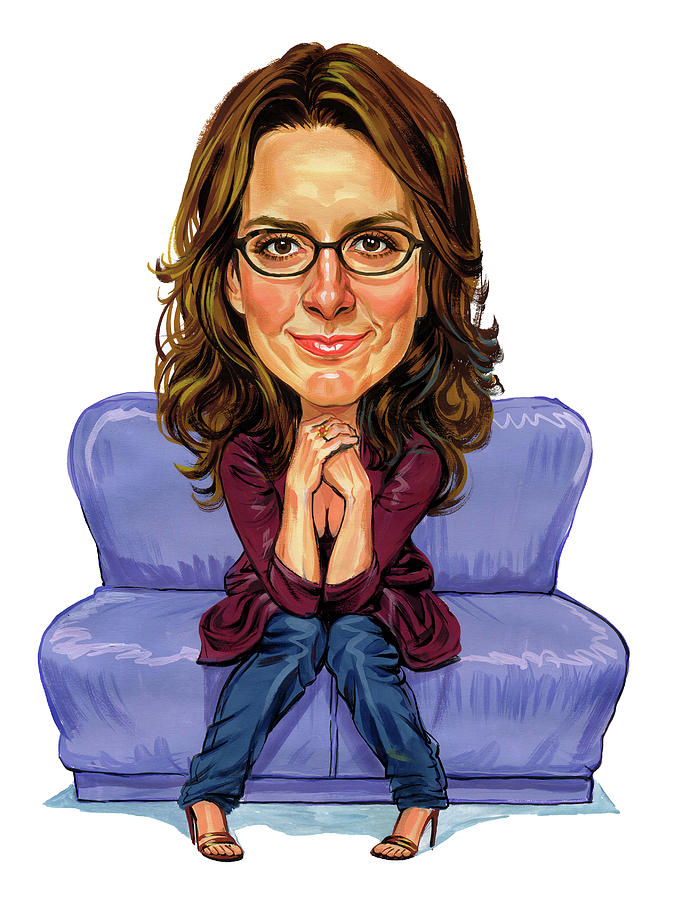 Tina Fey is a painting by Art which was uploaded on January 20th, 2010.

Elizabeth Stamatina Tina Fey (born May 18, 1970) is an American actress, comedian, writer and producer, known for her work on the NBC sketch comedy... more

Elizabeth Stamatina "Tina" Fey (born May 18, 1970) is an American actress, comedian, writer and producer, known for her work on the NBC sketch comedy series Saturday Night Live (SNL), the NBC comedy series 30 Rock, and films such as Mean Girls (2004) and Baby Mama (2008).
Fey first broke into comedy as a featured player in the Chicago-based improvisational comedy group The Second City. She then joined SNL as a writer, later becoming head writer and a performer, known for her position as co-anchor in the Weekend Update segment. In 2004 she adapted the screenplay Mean Girls in which she also co-starred. After leaving SNL in 2006, she created the television series 30 Rock, a situation comedy loosely based on her experiences at SNL. In the series, Fey portrays the head writer of a fictional sketch comedy series. In 2008, she starred in the comedy film Baby Mama, alongside former SNL co-star Amy Poehler. Fey next appeared in the 2010 comedy films Date Night and Megamind.
She has received seven Emmy Awards, three Golden Globe Awards, four Screen Actors Guild Awards, four Writers Guild of America Awards and has been nominated for a Grammy Award for her autobiographical book Bossypants, which topped the The New York Times Best Seller list for five weeks. She was singled out as the performer who had the greatest impact on culture and entertainment in 2008 by the Associated Press, which gave her its AP Entertainer of the Year award for her satirical portrayal of Republican vice presidential candidate Sarah Palin in a guest appearance on SNL. In 2010, Fey was the recipient of the Mark Twain Prize for American Humor, the youngest-ever winner of the award.
Source: Wikipedia.org

You have captured Miss Fey, perfectly, all the best to you.

Congratulations on your recent sales!

Congratulations on your sale!!😊