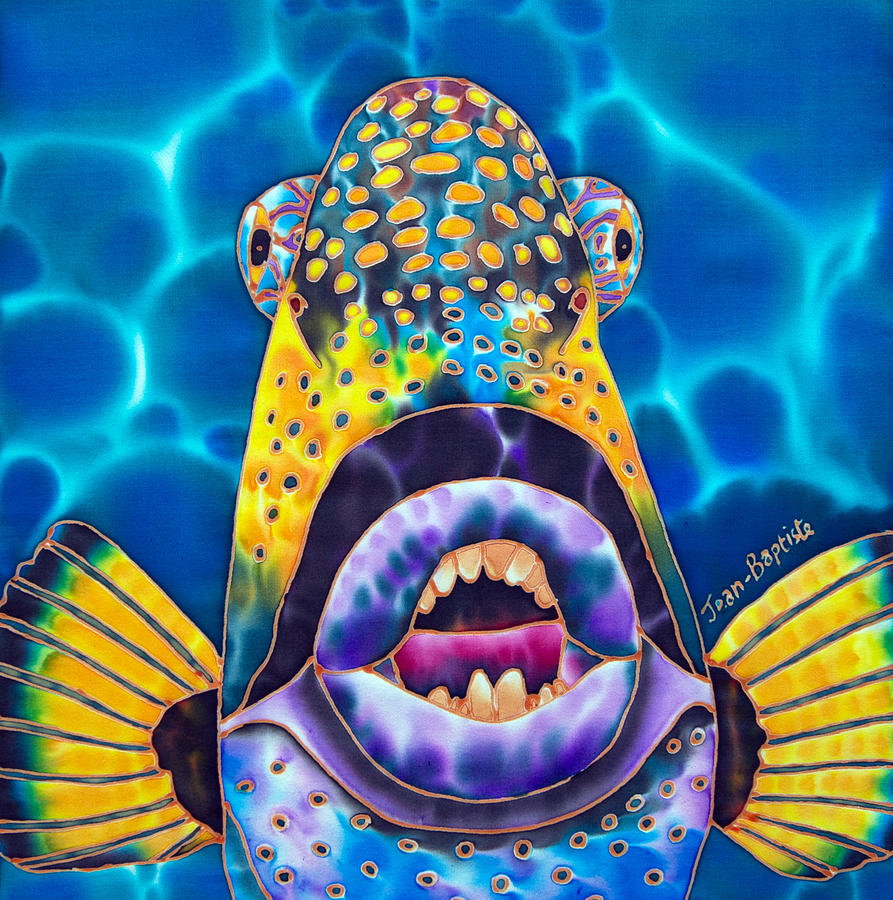 Titan Triggerfish is a painting by Daniel Jean-Baptiste which was uploaded on January 22nd, 2015.

Sporting a charming smile, a titan triggerfish swims undisturbed in the South Pacific Seas. This miniature is the perfect piece to bring colour and texture to residential homes.

I would like to thanks the buyer from Haiku, Hawaii.