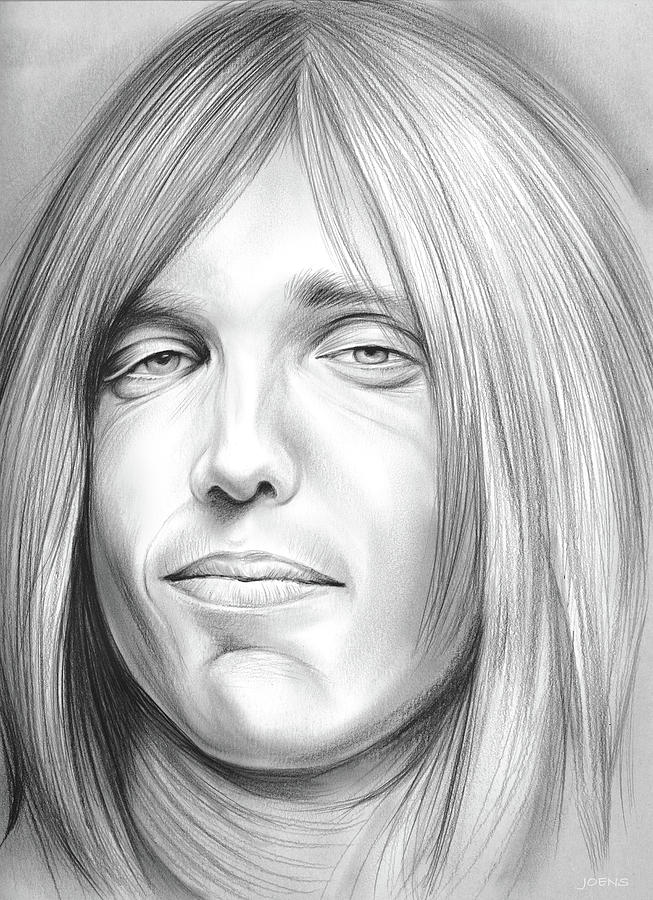 Tom Petty is a drawing by Greg Joens which was uploaded on October 3rd, 2017.

Thomas Earl Petty (October 20, 1950 – October 2, 2017) was an American musician, singer, songwriter, multi-instrumentalist, and record producer best known as the lead singer of Tom Petty and the Heartbreakers. He was also a member and co-founder of the late 1980s supergroup the Traveling Wilburys, and his early band Mudcrutch.

Petty recorded a number of hit singles with the Heartbreakers and as a solo artist, many of which are mainstays on adult contemporary and classic rock radio. His music became popular among younger generations. In his career, Petty sold more than 80 million records worldwide, making him one of the best-selling music artists of all time. In 2002, Petty was inducted into the Rock and Roll Hall of Fame.

Petty suffered cardiac arrest early in the morning of October 2, 2017, and died that night at the UCLA Medical Center in Santa Monica, California.