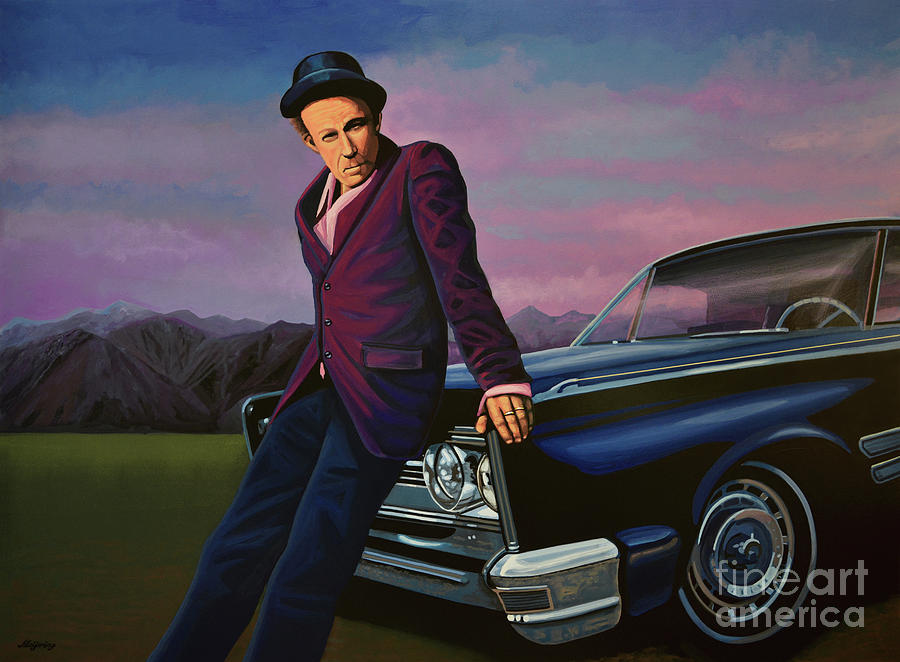 Tom Waits is a painting by Paul Meijering which was uploaded on October 21st, 2015.

Realistic acrylic painting of the American musician and singer Tom Waits, painted by the Dutch fine artist Paul Meijering - the Original painting is 90 x 120 cm and for sale

Thomas Alan "Tom" Waits (born December 7, 1949) is an American singer-songwriter, composer, and actor. Waits has a distinctive voice, described by critic Daniel Durchholz as sounding like "it was soaked in a vat of bourbon, left hanging in the smokehouse for a few months, and then taken outside and run over with a car." With this trademark growl, his incorporation of pre-rock music styles such as blues, jazz, and vaudeville, and experimental tendencies verging on industrial music, Waits has built up a distinctive musical persona. He has worked as a composer for movies and musicals and has acted in supporting roles in films, including Paradise Alley and Bram Stoker's Dracula. He also starred in Jim Jarmusch's 1986 film Down by Law. He was nominated for an Academy Award for his soundtrack work on One from the Heart.

Congratulations on this marvellous painting being FEATURED in “PAINTING THE OLD WAY” , L/F….group administrator, John Malone (You may also want to participate in our discussion thread, I would appreciate that)

Thank you so much, John, for your compliment, support and the feature in your marvellous group!!;-))

Paul, you got cool my friend. Tom Waits has long been one of my very favorite artists. His work is deeply inspiring... just as this painting is. Your choices of subject matter tells me that you just may be one cool dude. Hats off to you my friend.

Hahaha!!;-) You're some portrait as well, Alexander!;-) Your ever kind words and compliments!... I'm honored!! Thank you very much!;-)

Congratulations your stunning piece has been featured in “Everything In Moderation, Including Moderation”!

Thank you so much, Sydne, for your compliment, support and the feature in your wonderful group!!;-))