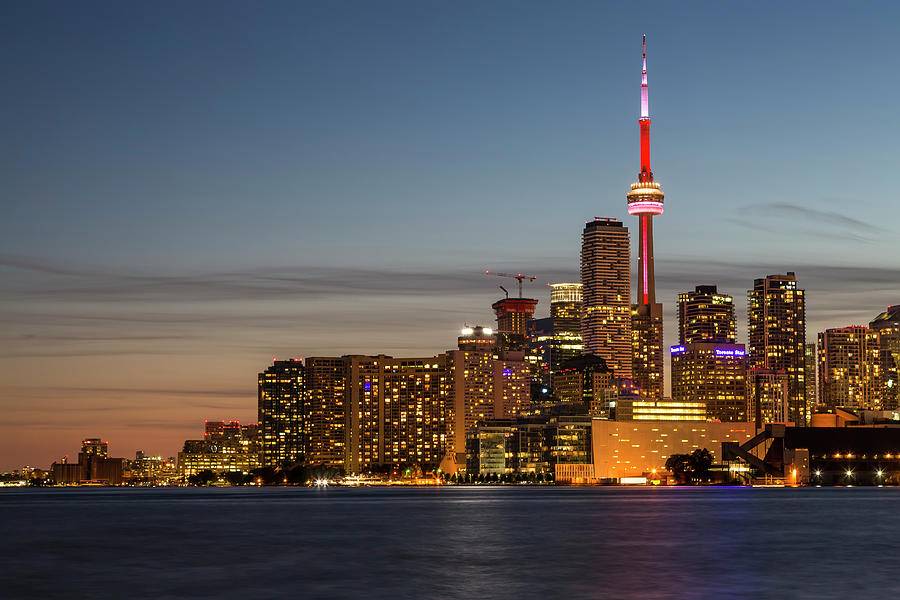 Toronto Skyline at Dusk is a photograph by Adam Romanowicz which was uploaded on July 20th, 2017.

Toronto is a Canadian city and the provincial capital of Ontario. With a city population of 2,731,571 and a metropolitan population of 5,928,040, it is the most populous city and metropolitan area in Canada. A global city, Toronto is a center of business, finance, arts, and culture, and is recognized as one of the most multicultural cities in the world.

Located in Southern Ontario on the northwestern shore of Lake Ontario, Toronto is situated on a broad sloping plateau intersected by an extensive network of rivers, deep ravines, and urban forest, with 140 independently unique and clearly defined official neighbourhoods making up the city. The diverse population of Toronto reflects its current and historical role as an important destination for immigrants to Canada, with nearly 50% of residents belonging to a visible minority population group, and over 200 distinct ethnic origins represented among its inhabitants. While the majority of Torontonians speak English as their primary language, there are over 160 different languages spoken in the city.