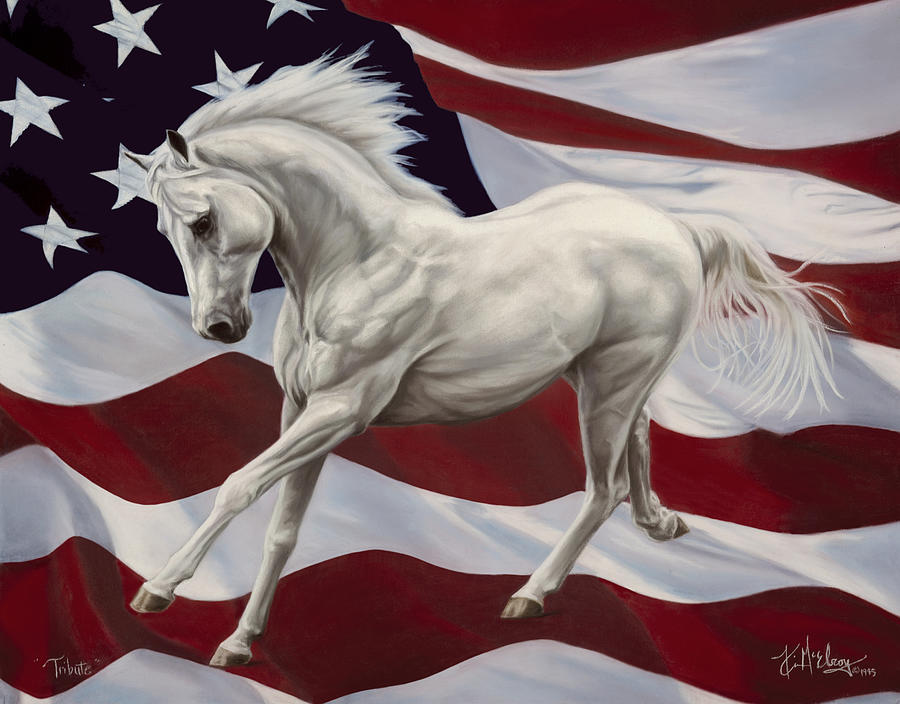 Tribute is a pastel by Kim McElroy which was uploaded on March 22nd, 2015.

Where in the world can man find nobility without pride,... more

"Where in the world can man find nobility without pride,
Friendship without envy, or beauty without vanity?
Here, where grace is laced with muscle,
And strength by gentleness confined."

"Tribute" is a portrait I created of President Ronald Reagan's Arabian stallion, El Alamein. I had the honor of presenting the original to President Reagan for his birthday, in 1995. El Alamein had been his favorite horse, a gift to him from Jose Lopez Portillo, the President of Mexico.
When I greeted President Reagan and he shook my hand and turned to pose for a few photographs before the presentation, I remember thinking "I'm holding President Reagan's hand!" He was warm and genuine. I presented the portrait to him, and he was almost speechless with pleasure, then he said softly, "You did this for me?" I knew then that I had given him a gift beyond compare, something that touched his soul as a horse lover.
Years later, when I watched the televised coverage of President Reagan's funeral, as the jets flew over the Reagan ranch in tribute, I heard the distant whinny of a horse. Perhaps he is now riding the heavenly realms on the back of his favorite horse.

Nice work! Congratulations on your sale!