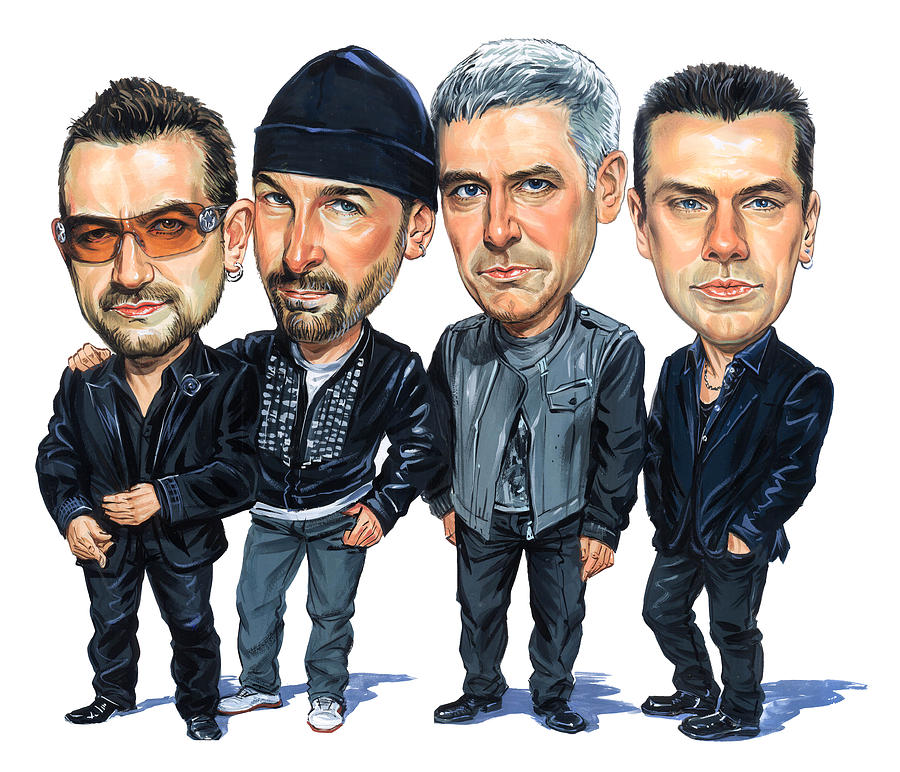 U2 are an Irish rock band from Dublin. Formed in 1976, the group consists of Bono (vocals and guitar), The Edge (guitar, keyboards, and vocals), Adam... more

U2 are an Irish rock band from Dublin. Formed in 1976, the group consists of Bono (vocals and guitar), The Edge (guitar, keyboards, and vocals), Adam Clayton (bass guitar), and Larry Mullen, Jr. (drums and percussion). U2's early sound was rooted in post-punk but eventually grew to incorporate influences from many genres of popular music. Throughout the group's musical pursuits, they have maintained a sound built on melodic instrumentals, highlighted by The Edge's timbrally varied guitar sounds and Bono's expressive vocals. Their lyrics, often embellished with spiritual imagery, focus on personal themes and sociopolitical concerns.
U2 formed at Mount Temple Comprehensive School in 1976 when the members were teenagers with limited musical proficiency. Within four years, they signed with Island Records and released their debut album Boy. By the mid-1980s, they became a top international act. They were more successful as a touring act than they were at selling records, until their breakthrough 1987 album The Joshua Tree, which, according to Rolling Stone, elevated the band's stature "from heroes to superstars". Reacting to musical stagnation and criticism of their earnest image and musical direction in the late-1980s, the group reinvented themselves with their 1991 hit album Achtung Baby and the accompanying Zoo TV Tour; U2 integrated dance, industrial, and alternative rock influences into their sound, and embraced a more ironic and self-deprecating image. Similar experimentation continued for the remainder of the 1990s with varying levels of success. U2 regained critical and commercial favour in the 2000s with the records All That You Can't Leave Behind (2000) and How to Dismantle an Atomic Bomb (2004), which established a more conventional, mainstream sound for the group. Their U2 360� Tour from 2009�2011 was the highest-attended and highest-grossing concert tour in history.
U2 have released 12 studio albums and are among the all-time best-selling music artists, having sold more than 150 million records worldwide. They have won 22 Grammy Awards, more than any other band, and in 2005, they were inducted into the Rock and Roll Hall of Fame in their first year of eligibility. Rolling Stone ranked U2 at number 22 in its list of the "100 Greatest Artists of All Time" and has labelled them the "Biggest Band in the World". [3] Throughout their career, as a band and as individuals, they have campaigned for human rights and philanthropic causes, including Amnesty International, the ONE/DATA campaigns, Product Red, and The Edge's Music Rising. Source: Wikipedia.org

Outstanding work!! Congrats on your sale!