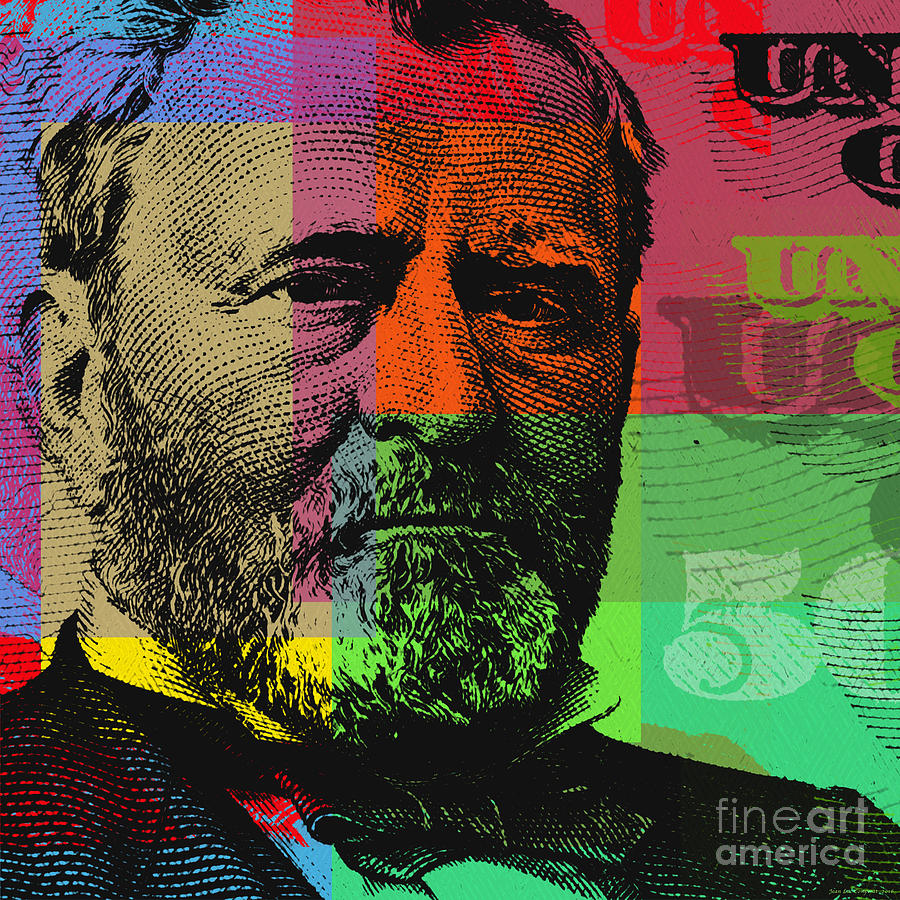 Ulysses S. Grant - $50 bill is a piece of digital artwork by Jean luc Comperat which was uploaded on March 9th, 2016.

The United States fifty-dollar bill ($50) is a denomination of United States currency. The 18th U.S. President (1869-77), Ulysses S. Grant, is featured on the obverse, while the U.S. Capitol is featured on the reverse. All current-issue $50 bills are Federal Reserve Notes.
A fifty-dollar bill is sometimes called a Grant, based on the use of Ulysses S. Grant's portrait on the bill.

Ulysses S. Grant (born Hiram Ulysses Grant; April 27, 1822-July 23, 1885) was the 18th President of the United States (1869-77). As Commanding General of the United States Army (1864-69), Grant worked closely with President Abraham Lincoln to lead the Union Army to victory over the Confederacy in the American Civil War. He implemented Congressional Reconstruction, often at odds with Lincoln's successor, Andrew Johnson. Twice elected president, Grant led the Republicans in their effort to remove the vestiges of Confederate nationalism and slavery, protect African-American citizenship, and support economic prosperity nationwide. His presidency has often come under criticism for protecting corrupt associates and in his second term leading the nation into a severe economic depression.