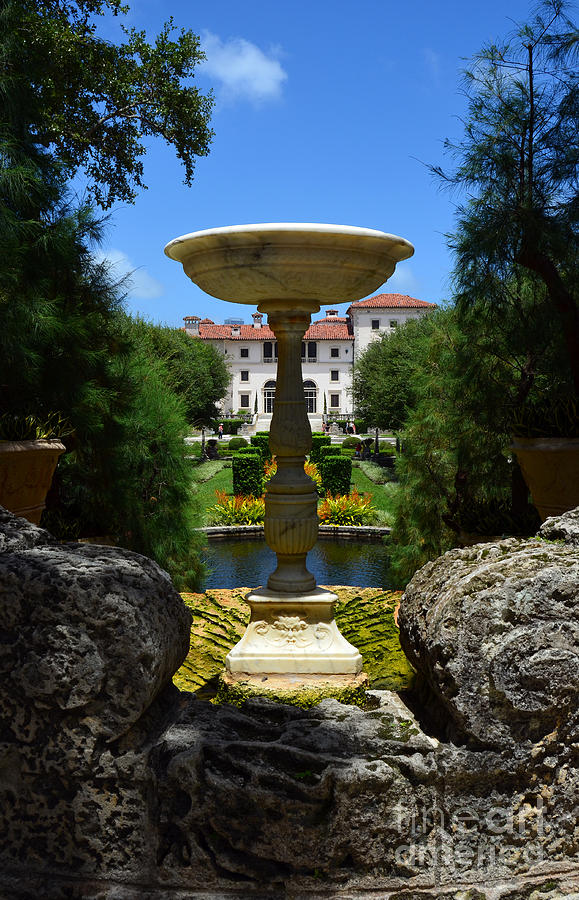 Miami-Dade County now owns the Vizcaya property, as the Vizcaya Museum and Gardens, which is open to the public.

James Deering died in September 1925, on board the steamship SS City of Paris en route back to the United States. After his death Vizcaya was inherited by his two nieces, Marion Chauncey Deering McCormick and Ely Deering McCormick Danielson. Over the decades, after hurricanes and increasing maintenance costs, they began selling the estate's surrounding land parcels and outer gardens. In 1945 they sold significant portions of the Vizcaya property to the Catholic Diocese of St. Augustine, Florida, to build Miami's Mercy Hospital. 50 acres comprising the main house, the formal gardens, and the village were retained. In 1952 Miami-Dade County acquired the villa and formal Italian gardens, needing significant restoration, for $1 million. Deering's heirs donated the villa's furnishings and antiquities to the County-Museum. Vizcaya began operation in 1953 as the Dade County Art Museum. The village and remaining property were acquired by the County during the mid-1950s. In 1994 the Vizcaya estate was designated as a National Historic Landmark.

Vizcaya was the 1987 venue where President Ronald Reagan received Pope John Paul II on his first visit to Miami.

Vizcaya was the 1994 location of the important 'First Summit of the Americas' convened by President Bill Clinton. This began a series of Summits of the countries in The Americas. The thirty-four nations' leaders that met at Vizcaya created the 'Free Trade Area of the Americas (FTAA)'.

Vizcaya has provided the setting for many films, both credited and uncredited. Deering himself enjoyed watching silent films in Vizcaya's courtyard, and he had a particular interest in the works of Charlie Chaplin. External pictures of Villa Vizcaya, for example, can be seen in the films Tony Rome, Ace Ventura: Pet Detective, Any Given Sunday, Bad Boys II, Airport '77, Haunts of the Very Rich, The Money Pit, and Iron Man 3.