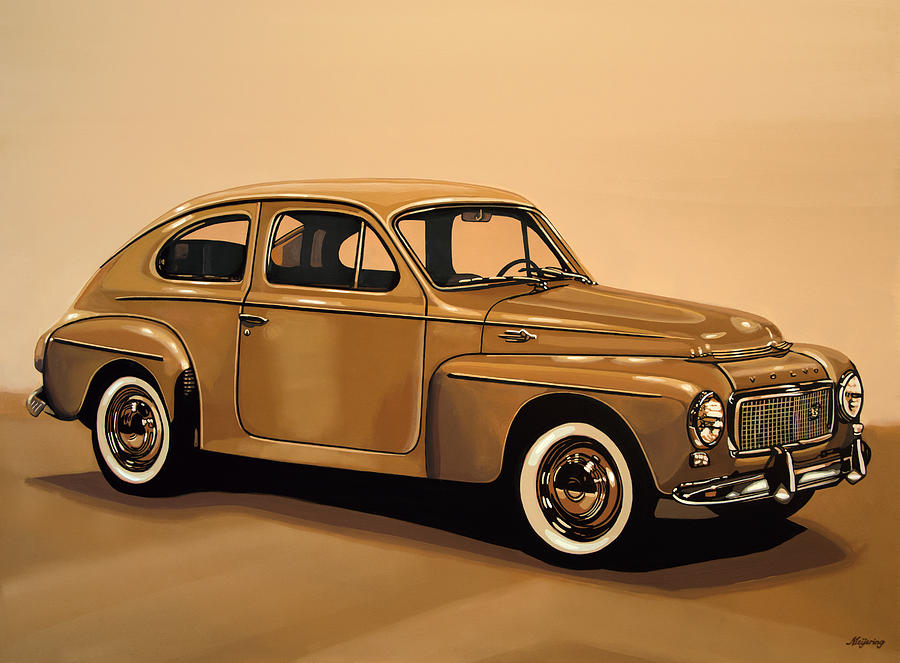 Realistic acrylic painting of the Volvo PV, painted by the Dutch fine artist Paul Meijering - The Original painting is 90 x 120 cm and for... more

Realistic acrylic painting of the Volvo PV, painted by the Dutch fine artist Paul Meijering - The Original painting is 90 x 120 cm and for sale

The Volvo PV is a series of two-door, four-passenger car models - the PV444 and the PV544 - made by Volvo from 1947 to 1966. During World War II's early stages, Volvo decided that a new, smaller car that could deliver good fuel economy would assure the company's future. A raw materials shortage during the war drove home the point that an automobile should be smaller, and also complicated Volvo's ability to mass-produce the product. In 1944, when the car was finally introduced to a car-hungry public, response was very positive and orders poured in from the Swedish population. It was another three years though, until 1947, before series production began.

The PV quickly earned a reputation for being strong and rugged, although the design was considered outdated from early on.

The PV also competed successfully, in the American SCCA class but also internationally, with a second-hand PV544 memorably winning the Safari Rally in 1965.

Thank you so much, David, for all your support, and the feature in your creative group!!;-))

This is wonderful Paul