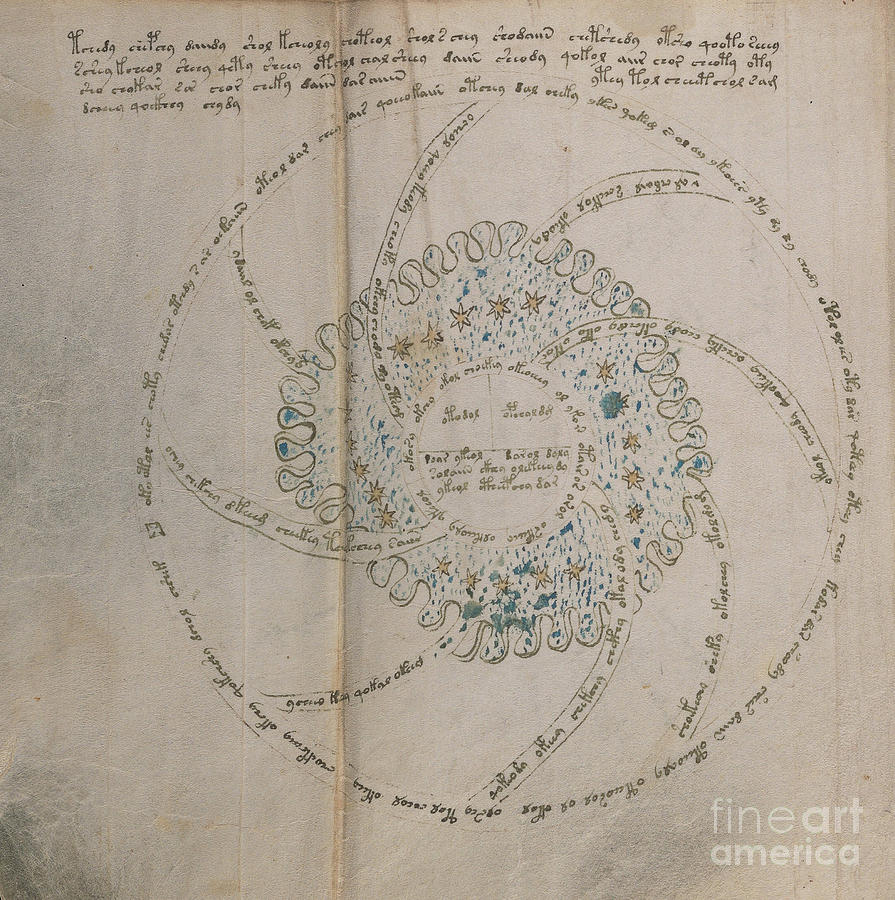 Voynich Manuscript Astro Universe 1 is a drawing by Rick Bures which was uploaded on July 23rd, 2017.

The mysterious Voynich manuscript, at about half a millennium in age, is a document of about 240 pages of vellum (animal skin) written in an unknown... more

The mysterious Voynich manuscript, at about half a millennium in age, is a document of about 240 pages of vellum (animal skin) written in an unknown language, and with elaborate (but somewhat crude) illustrations touching on topics of herbalism and pharmaceuticals, astronomy and astrology, cosmology and global charts. Most of the plant species depicted can not be identified. Though written in code, a few words have been identified in Latin, German, and Spanish. Some academicians have claimed to have been able to decode perhaps ten words of the manuscript's 35,000. Some of the illustrations depict people or nymphs, Zodiacal characters, animals or plants that have animal-like features, and even a dragon. The astronomy/astrology section of the manuscript depicts several constellations of the Zodiac, but also diagrams of a more cosmological nature which illustrate the author's view of the world in its role within the universe. Diagrams include the sun, moon, stars, and constellations. The author is unknown. The manuscript is found in the Beinecke Library at Yale University.