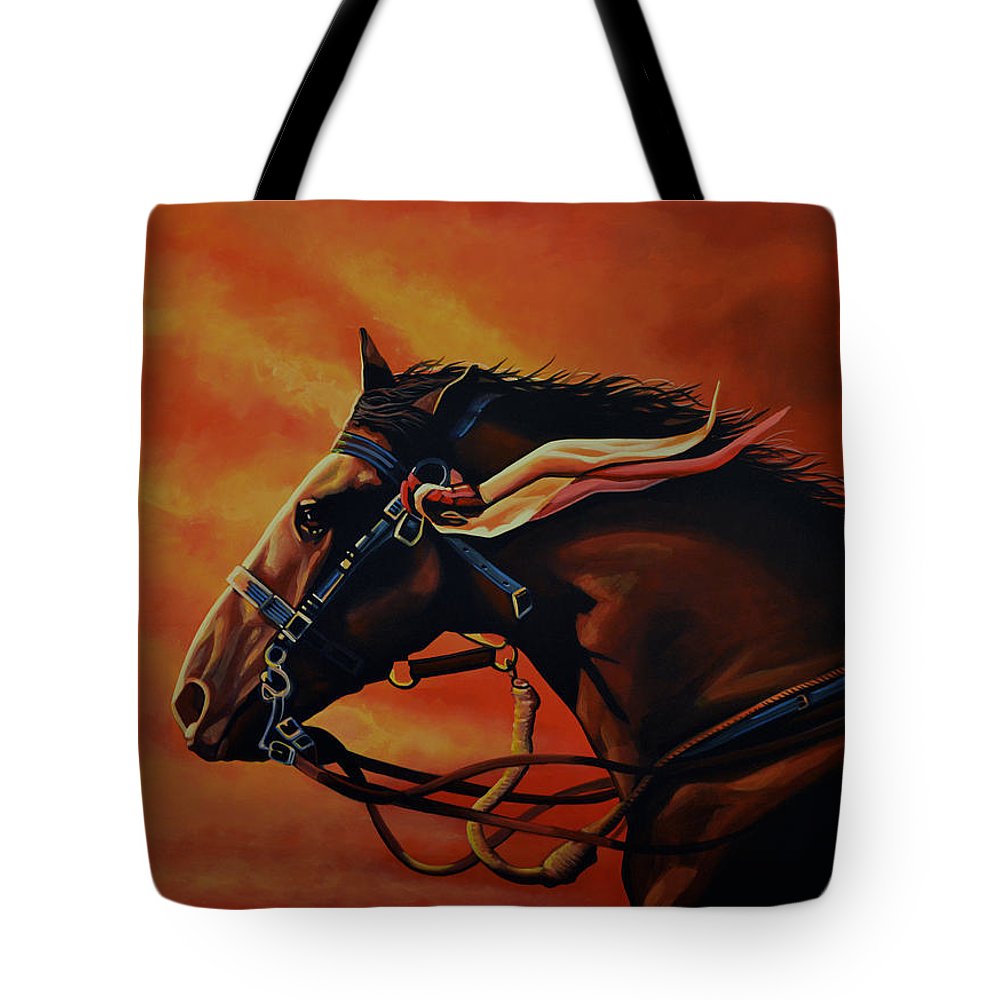 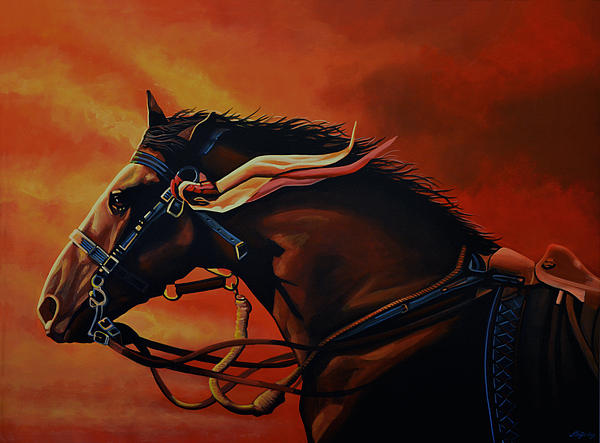 Purchase a tote bag featuring the painting "War Horse Joey " by Paul Meijering.   Our tote bags are made from soft, durable, poly-poplin fabric and include a 1" black strap for easy carrying on your shoulder.   All seams are double-stitched for added durability.   Each tote bag is machine-washable in cold water and is printed on both sides using the same image.

Congrats! Your beautiful painting had been featured on the homepage of "The Beauty of Horses"! I'm Looking forward to watching the movie because of your portrayal of Joey. http://fineartamerica.com/groups/the-beauty-of-horses-.html?tab=overview

One of your peers nominated this image in the 1000 views Groups nominated images by your fellow artist in the Special Features #4 promotion discussion. Please visit and pass on the love to another artist. http://fineartamerica.com/groups/1000-views-on-1-image.html?showmessage=true&messageid=3172747

Wow, just beautiful. Nominating this for special promotion in the 1000 Views group! Beautiful!

Paul, very powerful and dramatic. The movement and rich tones add to the depth of this masterpiece. L/F.

Congratulations Your work was chosen to be Featured in ALL Nostalgia, out of over 2300+ images that have been submitted to the Group. Thank your for your participation, Bob

Great picture - for me a favorite too!

This is very nice--a favorite.

Found this on "The world we See" and had to express my admiration! F/L

Thank you so much, David, for your support and the feature in your wonderful creative group!;-)

CONGRATULATIONS PAUL! This image is now featured on the Homepage of 'What's in it for you: Sensational Animal Images'. You are invited to visit the group and promote this image on the discussion thread. Bravo for this marvelous art.

What a painting! L/F. L/F You are invited to post this incredible image and one other animal image of your choice in the new group: 'What's in it for you: Sensational Animal Images.' This group features animal images from Friday November 15 through Thursday November 21.Here is the link to the group:http://fineartamerica.com/groups/what-is-in-it-for-you-sensational-animals-week-from-friday-november-15-to-thursday-november-21.html (this week's group)

Thank you so much, Greta, for your enthusiasm and feature!...;-)

Paul, Congrats on Your Home Page Feature in Weekly Fun!!!!...Brilliant Acrylic work and shows off your talent!!!

Thank you so much, Chrisann! For the feature and compliments!;-)

War Horse Joey - realistic acrylic painting by the Dutch fine artist Paul Meijering - the Original painting is 90 x 120 cm and for sale War Horse is a 2011 American war drama film directed and co-produced by Steven Spielberg from a screenplay written by Lee Hall and Richard Curtis, adapted from Michael Morpurgo's 1982 novel of the same name. The film's cast includes Jeremy Irvine, Emily Watson, David Thewlis, Tom Hiddleston, Benedict Cumberbatch, Eddie Marsan, Niels Arestrup, Toby Kebbell, David Kross and Peter Mullan. Set before and during World War I, it tells of the journey of Joey, a Bay Thoroughbred horse raised by British teenager Albert (Irvine), as he is bought by the British Army, leading him to encounter numerous individuals and owners throughout Europe, all the while experiencing the tragedies of the war happening around him.