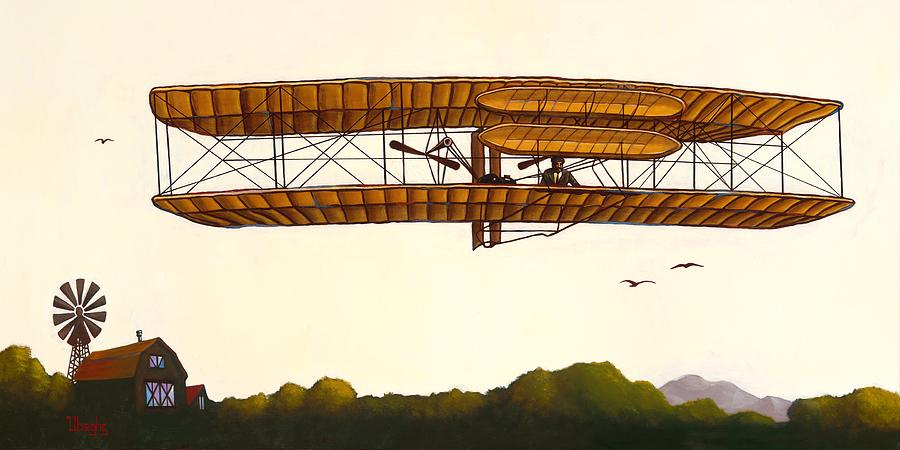 Where It All Began is a painting by Bryan Ubaghs which was uploaded on November 3rd, 2018.

Where It All Began

Where It All Began

Working for years in their shop, the brothers gained the mechanical skills essential for their success. They’d had vast experience with printing presses, bicycles, motors, and other machinery, ultimately leading to the breakthrough development of three-axis control, enabling the pilot to steer the aircraft effectively to maintain equilibrium.

In 1908, after much European skepticism and doubt about the Brother’s claims of conquering the skies, they came to France and personally demonstrated controlled flight, thus securing their place in history throughout the world.