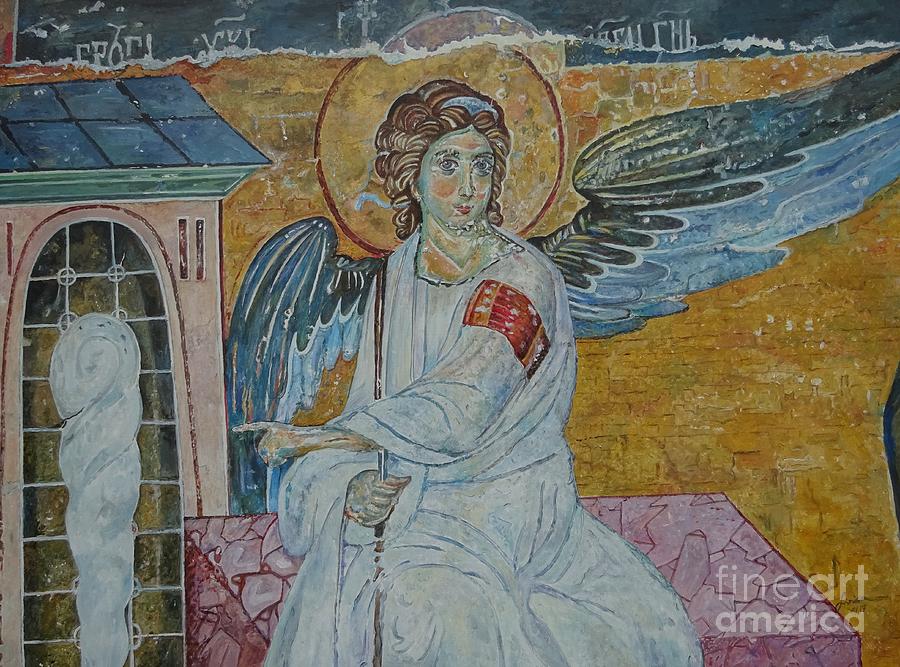 White Angel is a painting by Sinisa Saratlic which was uploaded on July 29th, 2017.

."One of the most famous images of the Archangel Gabriel is the White Angel (Serbian: Бели анђео or beli anđeo), which is part of a 13th century fresco in the Mileševa monastery.
Considered a beautiful example of European medieval artwork by itself, the image is particularly well-known because it was sent as a message in the first satellite broadcast signal from Europe to America after the peaceful end to the Cuban Missile Crisis. Later, the same signal, containing the White Angel, was transmitted into outer-space in an attempt to communicate with extraterrestrial life forms.
The original fresco depicts the Myrrh-bearing women discovering Christ’s empty tomb. An angel clothed in white, understood by the church to be Gabriel, points to the grave-clothes and proclaims to the frightened women the good news of: “…you seek Jesus, who was crucified. He is not here; he has risen, just as he said.” (Matt 28: 5-6)."