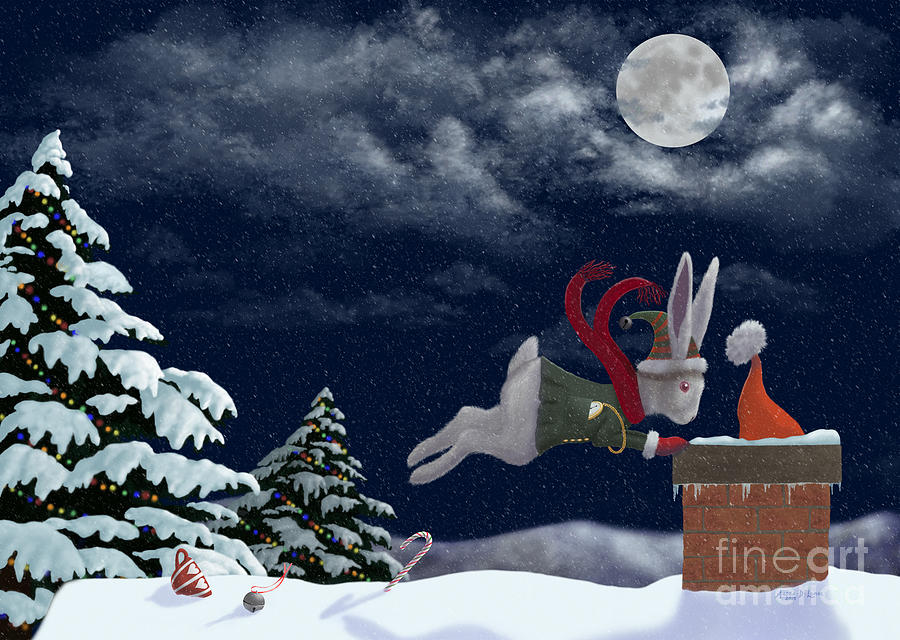 White Rabbit Christmas is a piece of digital artwork by Audra Lemke which was uploaded on August 28th, 2015.

Note: Watermark will not appear in the printed image! ... more

Note: Watermark will not appear in the printed image!
This is a digital painting (plus a few vector elements and several filters to create snow.) inspired by Alice's Adventures in Wonderland.
"Curiouser and curiouser!" Is it a visitor from Wonderland?
Copyright 2015 Audra Dawn Lemke.

Congratulations, your creative and unique art work is featured in the "Out Of The Ordinary 1 A Day" group! 7/2/16

Thank you, I appreciate the feature!

Thank you so much! I appreciate it!