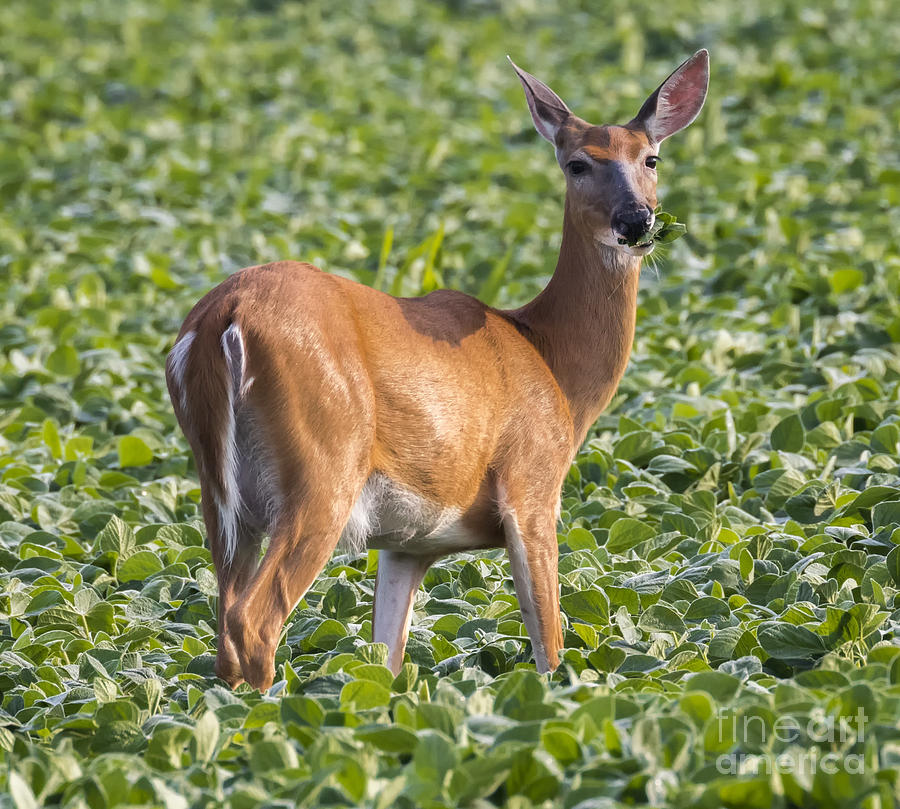 White-tailed Deer is a photograph by Ricky L Jones which was uploaded on July 10th, 2015.

The white-tailed deer (Odocoileus virginianus), also known as the whitetail, is a medium-sized deer native to the United States, Canada, Mexico, Central America, and South America as far south as Peru and Bolivia. It has also been introduced to New Zealand, Cuba, Jamaica, Hispaniola, Puerto Rico, Bermuda, Bahamas, Lesser Antilles, and some countries in Europe, such as Finland, the Czech Republic, and Serbia. In the Americas, it is the most widely distributed wild ungulate.

In North America, the species is widely distributed east of the Rocky Mountains, but elsewhere, it is mostly replaced by the black-tailed or mule deer (Odocoileus hemionus). In western North America, it is found in aspen parklands and deciduous river bottomlands within the central and northern Great Plains, and in mixed deciduous riparian corridors, river valley bottomlands, and lower foothills of the northern Rocky Mountain regions from South Dakota and Wyoming to southeastern British Columbia, including the Montana Valley and Foothill grasslands.
-wiki

Thank you very much John!

Thank you very much Hanne!

So sweet Ricky, Congratulations on your Special Highlight Feature in WFS!...L

Thank you very much Donna!

Thank you very much Carolyn!

Fantastic light, color and focus on this pretty, alert creature. Congratulations on your selection as a special highlighted artist at WFS this week.

Thank you very much Sharon!

Thank you very very much Randy!

Congratulations for being one of our present SPECIAL HIGHLIGHTED ARTISTS, as you are very deserving of this special honor. Check it out on top of the Homepage of our site. It surely is a true honor to FEATURE THIS BEAUTY ON OUR HOMEPAGE! Your talents and love for art are surely dominant in this beautiful piece of outstanding art work! Thanks so very much for sharing, so we may enjoy and adore the beauty within! LIKED AND FAVED Forever, Elvis http://fineartamerica.com/groups/wisconsin-flowers-and-scenery.html