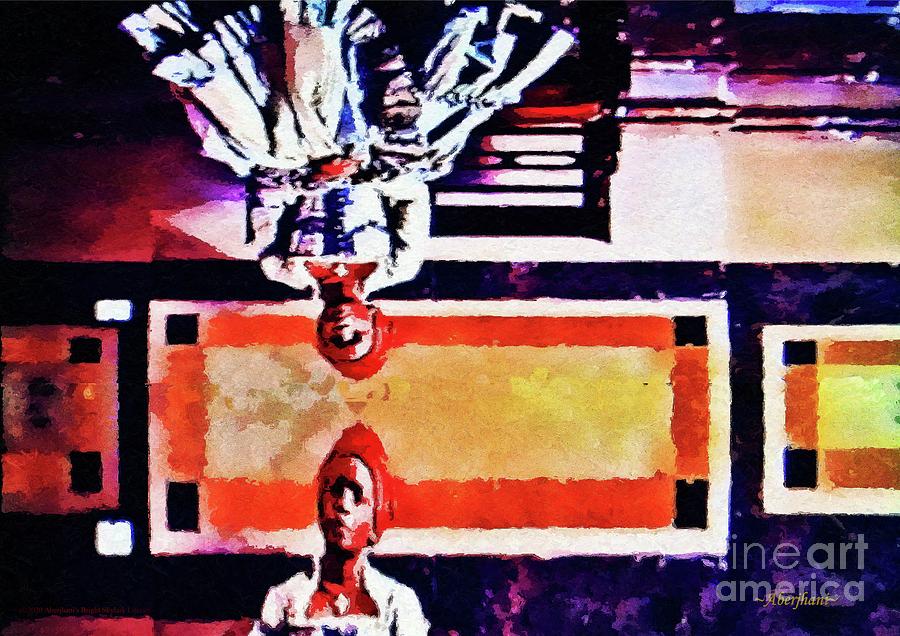 Woman with Herstory Heavy on Her Mind is a painting by Aberjhani which was uploaded on October 12th, 2020.

Woman with Herstory Heavy on Her Mind

“Woman with Herstory Heavy on Her Mind” is my surrealistic interpretation of a scene from the 2015 TV series titled “The Book of Negroes,”... more

Woman with Herstory Heavy on Her Mind

“Woman with Herstory Heavy on Her Mind” is my surrealistic interpretation of a scene from the 2015 TV series titled “The Book of Negroes,” based on the novel by Canadian writer Lawrence Hill. For those unfamiliar with it, the series is set in the 1700s and centers around a character named Aminata Diallo, played as an adult by actress Aunjanue Ellis. The series was directed by Clement Virgo and produced by Virgo and Damon D’Oliveira. The art-inspiring cinematography was done by Guilio Biccari.

In the TV series, at age 11, Aminata is kidnapped in her West African Village, sold into slavery in America, and spends decades adjusting to and escaping from its cruelties. She declares herself as one who remembers. Eventually, this intellectual gift leads to her recruitment to work on “The Book of Negroes,” essentially a listing of people of African descent who opted to leave America shortly after the American Revolutionary War.

Period costumes, especially women’s fashions, in film and onstage always make up a significant component of the visual artistry. They are in fact a form of art within a form of art, which make films true examples of mixed media. I was glad to accept the challenge of working with costumes in an innovative way for “Woman with Herstory Heavy on Her Mind.” The colors of the actress’s flower-like dress and headwrap are a canvas by themselves but also provide aesthetic contrast to the wide polychromatic geometric panels.

Without really thinking about, I first used the word ‘history’ instead of ‘herstory’ in the title of this piece. Then after watching U.S. vice presidential candidate Kamala Harris’s debate with VP Mike Pence, I was remembered how important it is to recognize women’s accomplishments specifically at #This2020Moment in world history. I also noted it is her own fateful story upon which the character is meditating in this painting and not his.

Thank you very much Delroy. I'm challenging myself to grow & do more.

You're work is amazing, unusual and thought provoking, great work

Thank you Carol. I felt it important to pay some small tribute to the film that inspired this and to the history women are making right now.

Thank you very much Angeles. The story and actress inspired me a lot with this one.

I appreciate that very much Anne.

Where would my KNOWING be, without you, Aberjhani. Here, in Oz, little is made of the "Book of Negroes" .. we are uninformed. Thank you, Aberjhani, for this lucid, so surreal, beautiful reference/Art/Write-up. You 'fill the gaps' about 'then', her-story,history itself........Kudos !!, fav, VIVA

Thank you VIVA. I learned about the TV miniseries pretty late myself since it was done in Canada, but since then I've become a fan of the lead actress and admire the efforts of all involved to produce such a project.