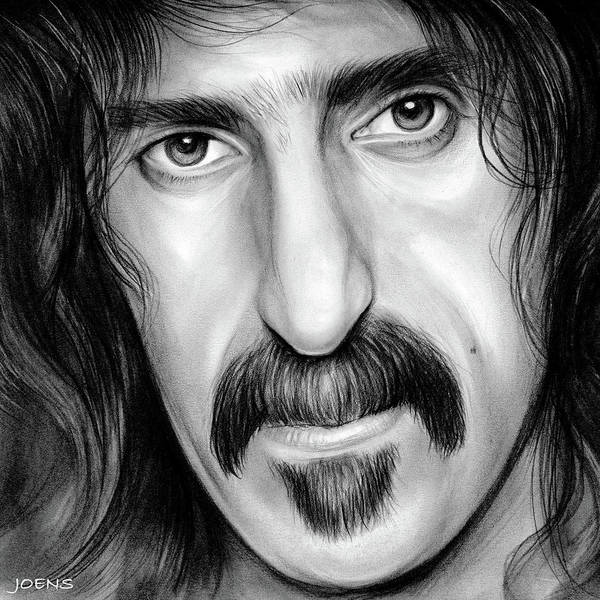 Zappa poster by Greg Joens.   Our posters are produced on acid-free papers using archival inks to guarantee that they last a lifetime without fading or loss of color. All posters include a 1" white border around the image to allow for future framing and matting, if desired.

A great transaction in every way! Thanks.

Our "White Canoe" print looks beautiful in our space. We recently redid our kitchen to include a navy island and this print with its navy blue background really helps to tie everything together! Also, as an interior designer, I am very picky about the quality of the prints I buy. I am so impressed with the vibrancy of colours and the quality of the beautiful paper that was used to make this print.

I absolutely love this piece of art! I have it in our den so you see it right when you enter the room. I’ve received many compliments on it. I ordered the 36x36 size. The entire process was quick and easy. I'll be back for my Christmas shopping!

Frank Vincent Zappa (December 21, 1940 � December 4, 1993) was an American musician, composer, songwriter, producer, guitarist, actor, and filmmaker whose work was characterized by nonconformity, free-form improvisation, sound experiments, musical virtuosity, and satire of American culture. In a career spanning more than 30 years, Zappa composed rock, pop, jazz, jazz fusion, orchestral and musique concr�te works, and produced almost all of the 60-plus albums that he released with his band the Mothers of Invention and as a solo artist. Zappa also directed feature-length films and music videos, and designed album covers. He is considered one of the most innovative and stylistically diverse rock musicians of his generation.