Artwork only - that includes drawing, painting, mixed media but NOT digital and anything remotely connected with 'photography'.

Reptiles, as most commonly defined, are the animals in the class Reptilia /rɛpˈtɪliə/, a paraphyletic grouping comprising all amniotes except synapsids (mammals and their extinct relatives) and Aves (birds). The class comprises turtles, crocodilians, snakes, amphisbaenians, lizards, tuatara, and their extinct relatives. In the traditional Linnaean classification system, birds are considered a separate class to reptiles. However, crocodilians are more closely related to birds than they are to other living reptiles, and so modern cladistic classification systems include birds within Reptilia, redefining the term as a clade. Other cladistic definitions abandon the term reptile altogether in favor of the clade Sauropsida, which refers to all animals more closely related to modern reptiles than to mammals. The study of the traditional reptile orders, historically combined with that of modern amphibians, is called herpetology.

The earliest known proto-reptiles originated around 312 million years ago during the Carboniferous period, having evolved from advanced reptiliomorph tetrapods which became increasingly adapted to life on dry land. The earliest known eureptile ('true reptile') was Hylonomus, a small and superficially lizard-like animal. Genetic and fossil data argues that the two largest lineages of reptiles, Archosauromorpha (crocodilians, birds and kin) and Lepidosauromorpha (lizards and kin), diverged near the end of the Permian period. In addition to the living reptiles, there are many diverse groups that are now extinct, in some cases due to mass extinction events. In particular, the Cretaceous–Paleogene extinction event wiped out the pterosaurs, plesiosaurs, ornithischians, and sauropods, alongside many species of theropods, crocodyliforms, and squamates (e.g., mosasaurs). 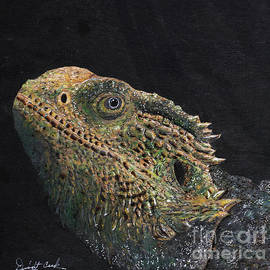 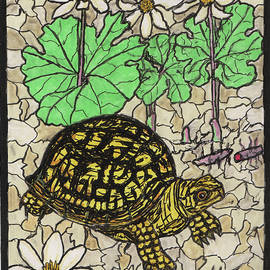