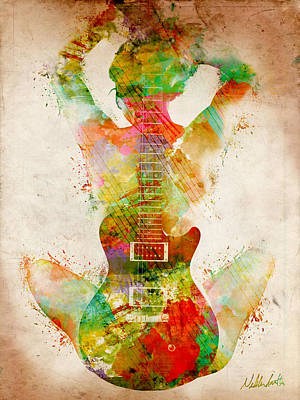 Acoustic Guitar - In The Studio Poster

Guitars On A Rack Poster