What Is Photography For You 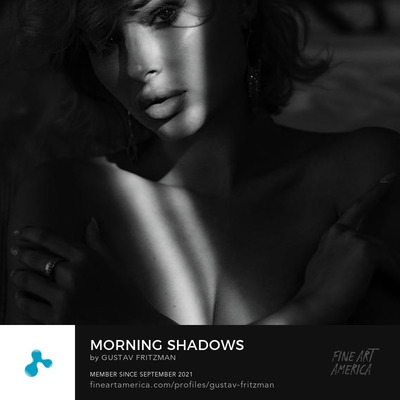 as the topic said, what is photography for you? whats your favorit photograph, what drives your creative forward?

I consider photography not only as a profession in which I must excel, but also as a vocation with a message to deliver to the viewer.

I create to sell. That is all.

It was a job for me and because of that I took very few personal images over the years. Getting closer to retirement I am changing in that I'm trying to use photography as a form of relaxation. A past time if you will.

While I photograph a larger range of subjects, nature photography is my primary interest. Trying to create a feeling of being out there in the natural world, is what keeps me going with it.

What Is Photography For You?

Photography gives me a voice that allows me to express myself in exactly the way I want, to let others in to try to see what I see, or to make them feel what I want them to feel.
It is also a way to chronicle my life. It is a generator of feelings, memories, and ideas (and sometimes income). It is fun!

It's my outdoors time, my exercise time (hiking) and the closest thing I get to 'me' time these days. It's also fun to have an excuse to visit new places. I like the challenge of finding a new locale and figuring out how I want to shoot it.

It is funny - I am not a photographer but love it the most of all the mediums I work with. I have often wondered why as I am much better with other mediums so perhaps it is the challenge? Maybe it feeds that adrenaline junky thing?

My obsession with growing flowers turned into another obsession, photographing them.
My garden is only small but its amazing just how many flowers I can cram in. My collection of flowers is a bit out of hand, but its an obsession
I can live with, for now!

To answer your question, photography for me is the looking back at what I grew and how I decided to capture a particular flower to look its artistic best.
Only others can critique me on how well I did, for me if I posted it on social media platforms, it means I loved it!

It's an itch I can't stop scratching! Always been that way.

Years ago photography, for me, use to be a means of capturing images/subject matter that I didn't have time to capture in s painting. In other words my photos were mostly used as reference material for future paintings, sketches, drawing ,etc.

Today my photography, I think, stands on it's own as just another way to capture images that i want to share.

It has grown into another tool to express my creativity

An escape, a passion, a reason to leave the house and should it provide a little income, all the better.

Photography, for me, is a way to express myself and capture the wonders of this world.

Photography is a means for me to express my love for Nature and the Great Outdoors. All the wildlife that is so abundant, from the flying flowers to the wild, nature's mountains and valleys , creeks, rivers, and history.

A few years back, I left my job after having done my time in state government. Somebody at the party asked what I'd do. Since I had been a web site admin, my first thought was something on the web, so I impulsively said, "sell photos on the web". Lest I sound too impulsive, I did put some of this in place before I left that job. The next week, I bought a better camera. It's been a good ride. I never imagined actually selling anything or doing anything in the art world, but I have. It gives me a perspective on places I like and, photo editing + FAA gives me an outlet for some of my remaining tech urges. A lot of people I know socially live in the art world, so my photos give me something I can insert into that dialog...chat at gallery openings, if they ever come back. It turns out that I've sold more than some of the people I know who adopted it as their identity.

The last year and a half, however, have sucked. I like shooting in cities, but that's been too weird, like an empty version of Times Square. Trees and valleys and flowers are nice and abound in my nearby area, but they not the photos I do well. I'm trying to inch my way back in now to find something I can make out of this but even with vaccines in my arm, the urban world I live around is still weird. I'd love to take the train up to New York and shoot a busy Times Square. I did get back to the beach (source of my best sellers) and have a cache of stuff to work on.

Hopefully, I can re-enter all this and make up for lost time.

Photography for me is a general smorgasbord. I like EVERYTHING. However, personally, I have issues setting up for still life photos even though it's one of my favorite things, and I don't "shoot people" because I suck at it, but I like everything else. I think I particularly like finding that one odd, unnoticed leaf in the snow. That's my favorite thing. It makes me happy. It's like eating. I like some foods better than others, but photography and food for me are life.

Gets me out of the house.

As I read through these comments and explore your collections of photos I’m awed by al the talent I see. Each of you have a gift that your using.
Photography is a passion for me. I can’t explain it. I breathe, I eat, I take pictures. fortunately I’m retired so I don’t need to sell but I sell enough to make me happy

Well right now it is my main source of income. But after I am done doing my assignments for the day, I like to get out into nature and see what I can find. And then I enjoy sharing that with others. The residual income from prints and stock is not a lot but it is a nice plus. As others said, it gets me out of the house.